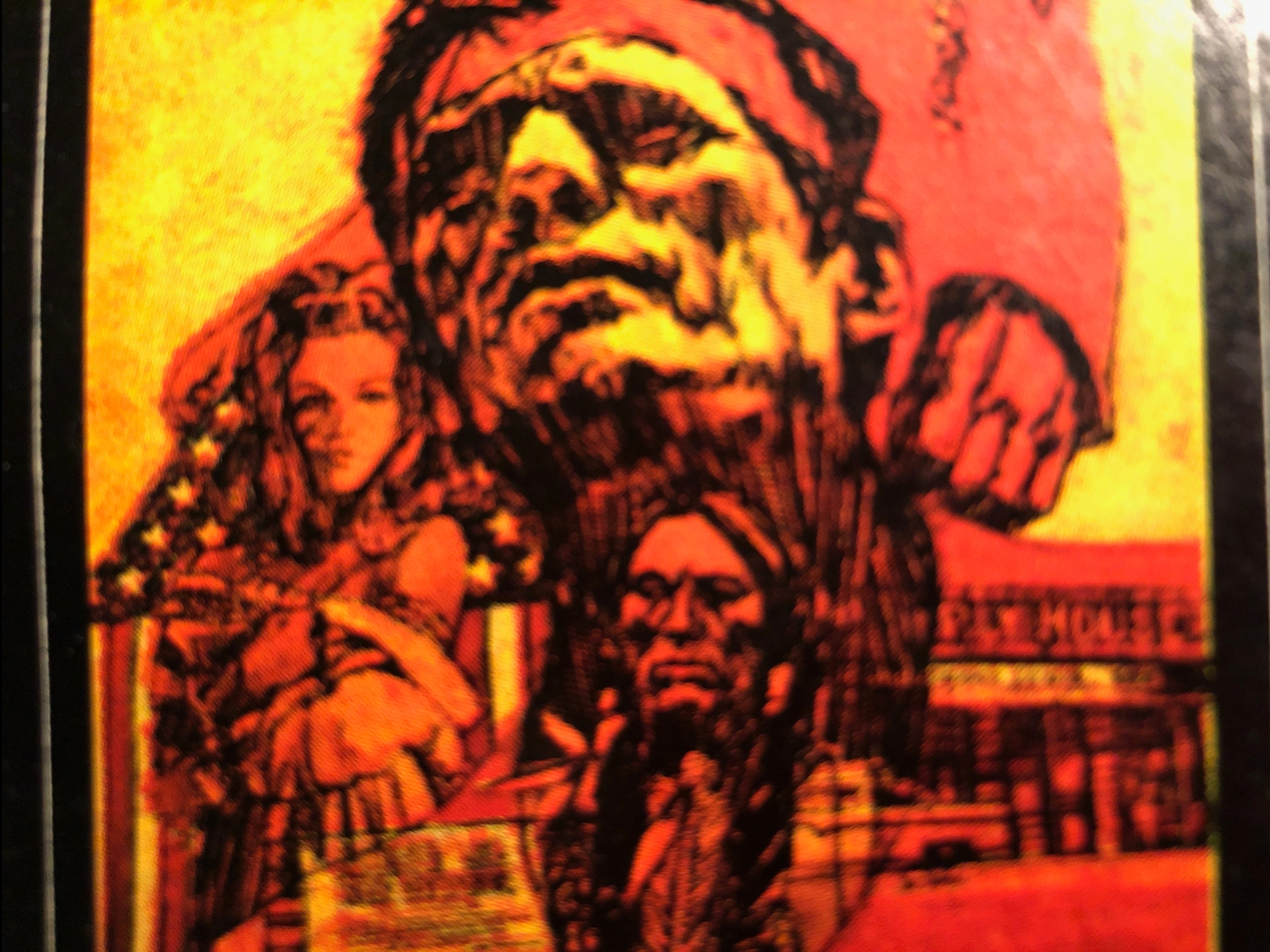 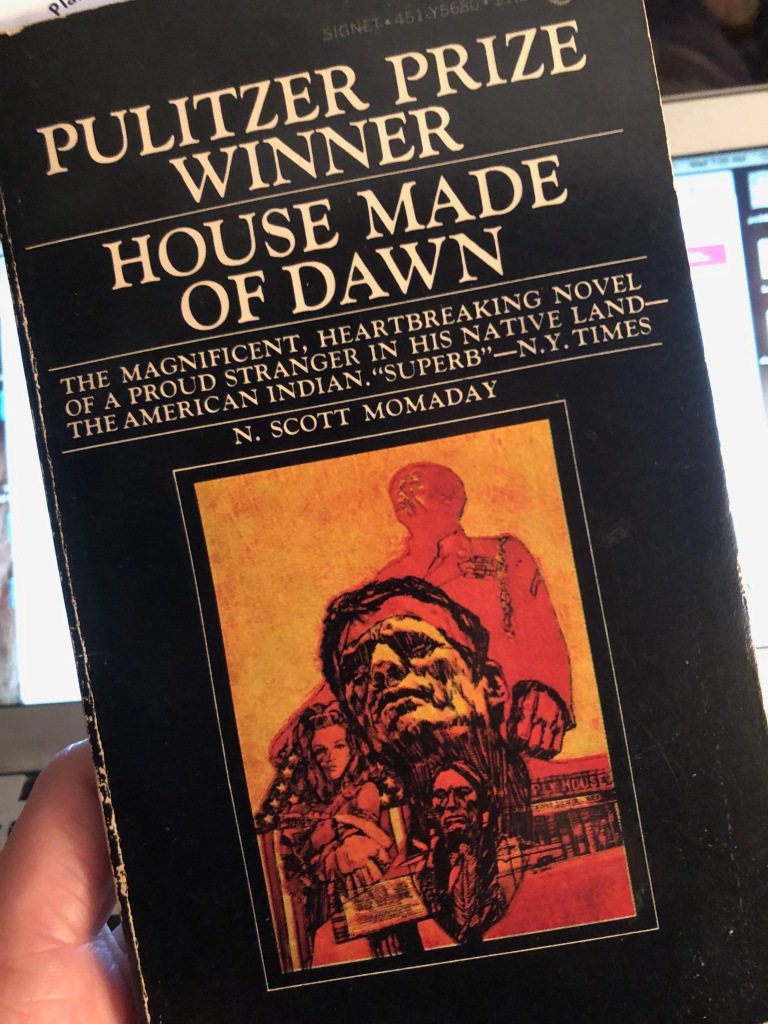 The House Made of Dawn was a Pulitzer Prize winner the year I was born, 1968. This book, and N. Scott Momaday is widely credited for leading the way of the breakthrough of Native American literature into the mainstream.

The book is part of my Free Little Library. A gift from one of my mom’s book club members.  The “giver” said it was her favorite book, and after she gave it to me, she bought another copy because she could not imagine her collection without it. Pretty high praise, right?

The book is based largely on Momaday’s firsthand knowledge growing up on a reservation. It is a story of an indigenous man returning from World War II and trying to re-enter his traditional ways. Caught between his future and his past – and not fitting in to either.

The book is made up of three sections over the course of 7 years. There are sexual exploits, a murder and a reconciliation. Main themes are prejudice, tolerance, the changing times and culture clash, all causing Abel’s (main character) isolation and his struggle to communicate, as well as, the umbrella theme of the relationship of man and nature.

The story weaves back and forth in time. Able is often drunk and sometimes uses the hallucinogenic peyote – so this indirect way (non-linear) storytelling is interesting because I perceived that is how the mind worked for the main character – as the reader you need to follow closely to understand what is true and what is imagined, what is now and what is the past.

This story is about one man – two lives, two worlds – and where Able fits. Can he fit in both, does he want to fit in both? The world of his people, the rhythm of the land, the shadow of his father or the twentieth century, where a war used him up and now does not welcome him either.

The story begins and ends with Abel running and the descriptions are beautiful – the words coming to life in your mind.

Running is a metaphor that has long been a part of my evolution to my today self: Running from, running to, running for health, running for sanity – movement, marathons, exhilaration, exhaustion, nature, asphalt, never stopping. Running is freedom for me.

In an interview appearing in Puerto del Sol 12 (1973), Momaday says, “I see [House Made of Dawn] as a circle. It ends where it begins and it’s informed with a kind of thread that runs through it and holds everything together. The book itself is a race. It focuses upon the race, that’s the thing that does hold it all together.”

In the 50 years since this book was written, it seems this race is still on. Two worlds.

Abel, the main character, he transformed, but history has still shown us the struggles illustrated in the book still exist today.  If you would like to learn more about American Indian and Alaska Native culture and the complex concerns click here.

According to the National Congress of American Indians “There are 573 federally recognized Indian Nations (variously called tribes, nations, bands, pueblos, communities and native villages) in the United States.”  With the US census says 6.7M or 2% of the population are American Indian and Alaska Native. Yet they are not on equal ground.

According to multiple sources: About 90,000 American Indian families are homeless or under-housed. Only 13% of American Indians have a college degree. And the poverty level has been noted as as high as 48% on reservations (Standing Rock). And women’s safety on reservations is horrifying 4 of 5 women will face violence on their reservation. There is still a long way to go to connect our two worlds.

I would not have selected this book for myself, but I appreciated the cultural challenges it caused me to think about. After reading the book, I felt compelled to help in some small way. If you feel compelled to help too there are lots of ways to help here Pine Ridge Reservation Support – I visited this reservation about 5 years ago. They need help today the same as they did then. Any support would be appreciated, especially that which helps keep kids in school – these are good people, literally living in and on the bad lands.

The Joy In The Book: Personal transformation is a race you run yourself and roots create strength.