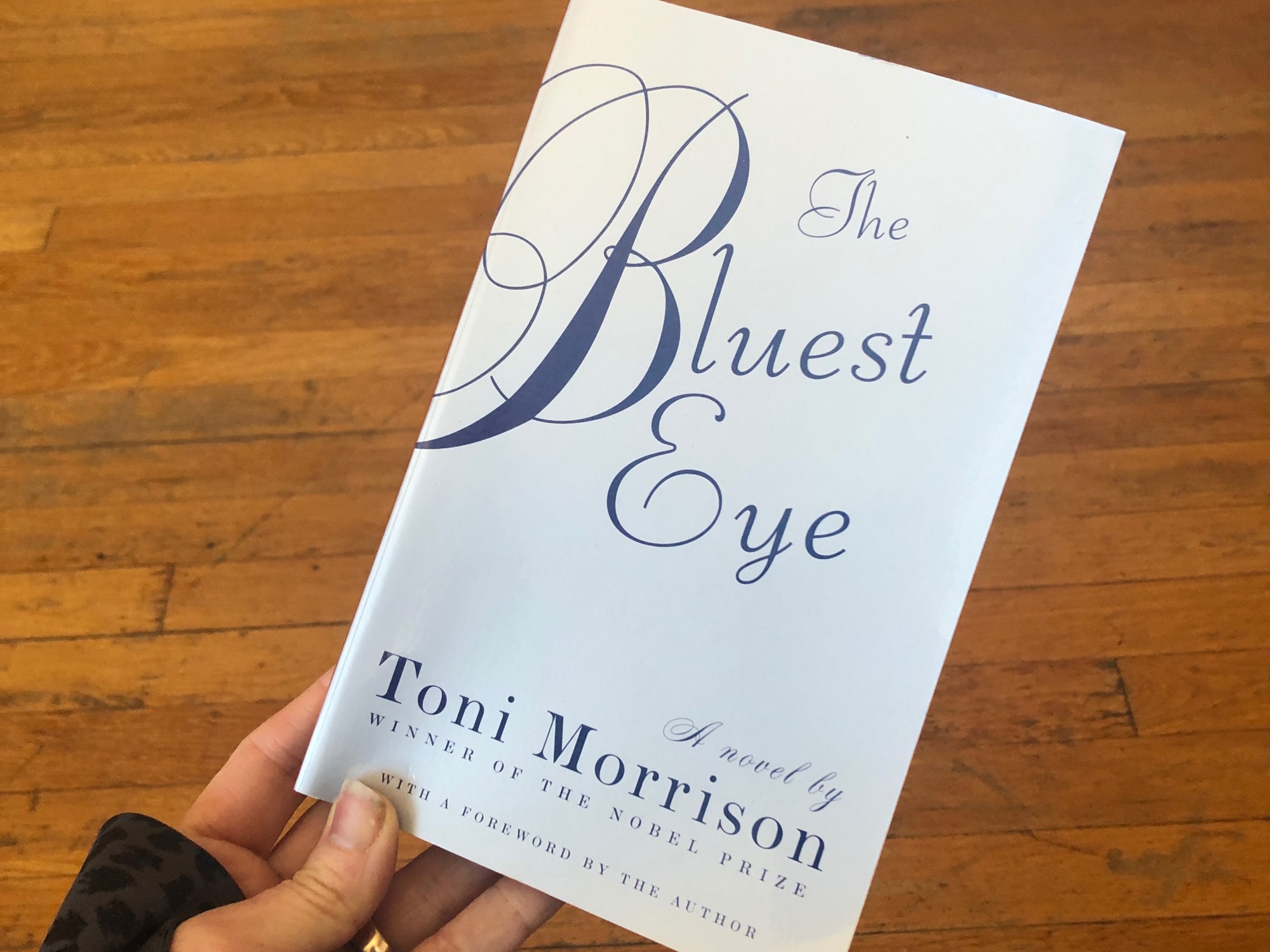 This is a breathtaking, award winning novel set in small Ohio town in the 1941 centered on physical beauty as a virtue using “whiteness” as societies measure of worth.

Most of the parents in the story are pained, beaten down, from their past, from their conditioning and from their hopelessness. Their kids, are a product of two things, their parents limiting environment, and a community that views them as less, because of the color of their skin.

Despite the children characters being at the center of their worlds ugliness; racism, rape, incest and molestation they are the hope of the story. As they begin to understand beauty, so do we.

Pecola, a dark skinned, very poor young girl, is universally told she is ugly. She is seen as ugly due to her appearance, the poverty of her family and her race. She dreams of having blue eyes, like Shirley Temple, which she believes would make her beautiful. 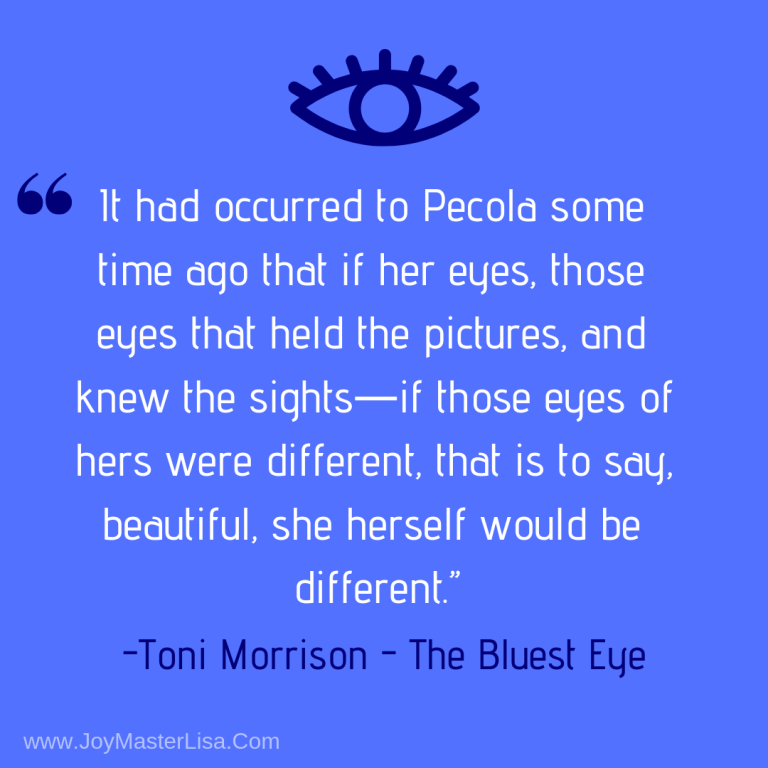 Pecola became pregnant from her father.

“The damage was total.”

Her community was torn, many laid a blanket of shame on her as if the child played a role in the crime and others, for the first time, a few, a very few, sheltered her with compassion.

The pain caused Pecola to go mad. The community used her as a scapegoat, her “ugliness” was their shield. By comparison they were prettier. She was totally used up; her grammar let them feel smart, her awkwardness made them graceful and her poverty made them generous.

The story gives insights into a world I know know very little about. I see the story as an important tale – reminding us that engrained beliefs about race can be dangerous, and our actions, even small, can be the difference in building people up or tearing them down.

No judgement and compassion are the way.

I know that I have engrained beliefs, and this book begged me to examine them. What do I believe? Where do these beliefs come from? Who do they serve? Which are visible and which may be subconscious? Are these beliefs the kindest way through life?

What are your beliefs on a humans’ value? How do you live those values?

The most beautiful people in my life are those that show compassion. Those that work to elevate pain and celebrate joys. Those who believe we are all born inherently equal. I stand on their shoulders, and I hope others will stand on mine.  That is how we truly see.

The Joy In This Book:  Use this book to see the world with a new eye – I have.

ps: I should add, as I read this book I was dealing physically with an infected root canel. The result was my face’s right side had swollen, tripled, to a disturbing size. Mix that with a flight to Boston to see my daughter in a musical – I was highly self conscience and in pain. As I read this book on beliefs of beauty, I was beyond my control, physically ugly. My face ballooned, my smile crooked and my speech slurred. I noticed a change, extra compassion by some and others would stare or just look away both reactions equally meaningful. I do not compare this minor temporary condition with the devastating circumstances of the novel, but felt like it gave me an even deeper perspective to consume the novel from so wanted to share. Feeling blessed for the time with my girl and those that love her most in Boston. Being together always reminds me of the beauty in the world is in us all. Xo JoyMasterLisa